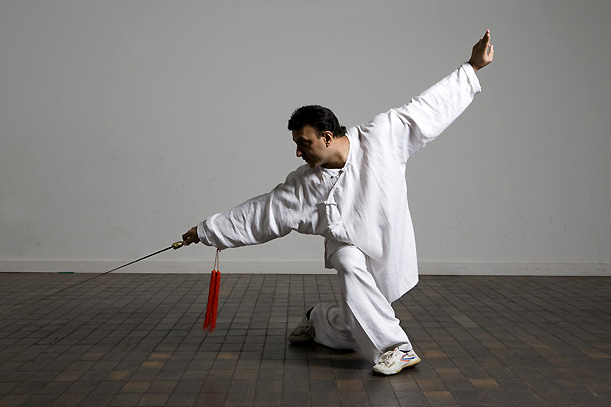 A focus on Qigong

Birinder Tember   |   Kung Fu, Qigong   |   No comment
T raditional Chinese Medicine views the harmonious functioning of the human body as a result of the ideal balance and flow of Qi. The practice of Qigong can be aimed at general improvement of the body or for the treatment of a specific illness.

Qigong forms a core modality of Chinese Medicine alongside Acupuncture, Herbs and Tuina, yet there is little awareness amongst the general public with regards to Qigong. I often get asked the question by Patients and students alike – “What is Qigong?” Tell them its breathing exercises combined with ‘Mind Yoga’ and it begins to have some acceptance.

There are literally thousands of forms of Qigong and practiced for varying reasons such as for health, martial arts, spiritual attainment and medical purposes. The core of all qigong is to move the Qi along the meridian pathways using either singularly or in combination, – the mind, physical movement and / or specific breathing techniques.

Almost all Qigong sets practiced for health today focus on expelling ‘negative Qi’ and/or replenishing Qi within the internal organs whether directly or indirectly.

Qigong is often practised as a general health exercise which benefits the whole body, however, when there is a specific illness or weakness, then exercises can be selected that are aimed at working with a specific problem.

The Lord blew into Adam’s nostrils the breath of life and Adam became a living being. – GENESIS

The Origins of Qigong

The term Qigong is often defined as – ‘A special skill or study which takes time to master’. (Yang 2003).
The earliest recorded evidence of ‘Qigong type exercise’ dates back to approximately 3000BCE where reference to the word ‘Yoga’ is made at least 80 times within the Bhagvad Gita (The book often described as ‘The concise guide to Hindu philosophy)’. Almost everywhere this word is used within the ancient text, the meaning more or less translates as ‘Skilful method’. By the turn of the 20th century, yoga had become more commonly known as the ‘system for controlling the mental impulses of the organs by means of pranayama (control of the breath). (Tilak 1915).

In ancient China, Qigong practice can be traced back to the reign of the Yellow Emperor (2696 – 2598 B.C) who is said to have practiced breathing exercises, meditation and internal & sexual alchemy and lived to the ripe old age of 111 years. During that period, Qigong was more commonly practised as a form of healing by the tribal shamans. (Johnson 2002). The shamans discovered that particular movements had specific effects upon the body. Even tribal dances to different rhythms had varied outcomes and the shamans began to relate these movements to the flow of Qi and its beneficial effects upon the internal organs. (Zhang & Rose).

Over time, Qigong like exercises in China began to develop and an understanding of the benefits of combining movement with specific breathing exercises became evident. During the Zhou Dynasty (1028 – 221 BCE), exercises based on the movements of animals became popular. One of the earliest recorded sets of Qigong is the famous ‘5 animal frolics’ (Wu Qin Xi) developed by Hua Tuo, which are based on the movements of the Bear, Tiger, Monkey, Deer and Crane. The exercises are said to enhance the body at all levels from stretching the ligaments and tendons to nourishing the organs such as the heart and kidneys. (Cohen 1997).

Qigong can be argued as the core of all physical, mental and spiritual practice. It is the skill of moving Qi through your body via physical movement; breath and/or intention. My martial arts and qigong teacher Dr Wen, once said to me that practice of martial arts without practice of qigong is empty practice. The internal martial arts of Taiji, Xing Yi and Bagua Zhang have origins from spiritual practice whereby hand/body postures were held in specific positions to cultivate the qi and even the walking, such as the circle walking in Bagua Zhang was very precise in order to stimulate and develop the Qi with focus of internal alchemy to change the jing from ‘ice to water and eventually to mist.’